The clock ticks towards Brexit chaos 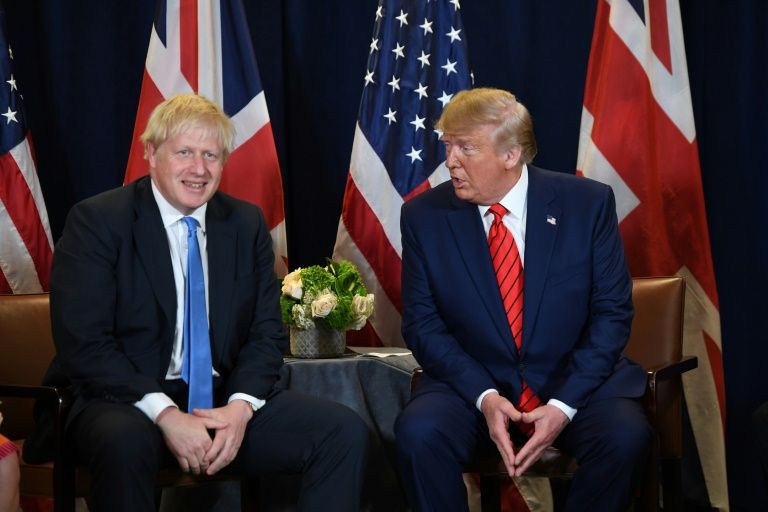 I am hoping that this time the polls are correct and that a president Biden will arrive just as the unseaworthy ship of Brexit is due to set sail.   Thus, America will have purged itself of its disastrous flirtation with populism, whereas we have yet to contend with the populism nightmare of Brexit.   Mr Johnson’s obsequious fawning of Mr Trump – surely the most temperamentally unsuited occupant of the Oval Office ever – has been shaming and will cast a shadow over UK-US relations.   A Biden presidency will regard Brexit as a foolish endeavour and be wary of a British prime minister they view as a Trump sycophant and unconscionable in putting the Good Friday Agreement at risk by threating to breach the EU Withdrawal Agreement.

Even before a Biden win looked likely, Mr Johnson’s prospect of a quick (and dirty) trade deal with the US was vanishing.   Mr Trump has the same relationship with reality as Mr Johnson hence, his promise that a UK-US trade deal under his tutelage would be ‘very substantial’ and lead to ‘three to four five times ‘ current trade, was always fiction.   For the record, according to the government’s own estimates, the economic benefit of a UK-US trade deal may be as little as 0.02 per cent of GDP – around 450 times smaller than the potential loss from a no-deal Brexit.   A presidential election year, let alone Trump’s erratic behaviour, was always going to be an obstacle to a quick deal; not least because it would have needed Congress approval.   However, with the onset of Covid-19 and the arrival of a more erudite President the probability of a UK-US trade deal before Mr Johnson must face the electorate is now vanishingly small – the more so as the scope for a ‘fast track’ through Congress effectively ends in April.

The loss of a US trade deal any time soon is a harbinger of the obstacles to the Bexiters’ fantasy of a much increased global influence for ‘Great Britain.’   Britain has suffered a more severe deterioration in business investment over the past six months than any other developed country.   Moody’s has downgraded the UK’s credit rating, reflecting the longer term economic effects of coronavirus and Brexit as well as ‘the weakening in the UK’s institutions and governance.’   The scales are falling from the eyes of those who though Mr Johnson’s Brexit government would be competent and inclusive.   Frequent appearances in a hard hat and vis jacket – interspaced with occasional bluster regarding world-beating solutions from a No 10 podium – are not the basis of good governance.   Events are exposing Mr Johnson’s lack of conviction, ferocious ambition and incompetence.   He has lost control of Brexit, he is losing control of the pandemic and party rebels are growing by the day.

Meanwhile the clock ticks towards the chaos of Brexit.   Mr Johnsons may ludicrously claim that Britain would ‘prosper mightily’ in the event of failing to agree a trade deal with the EU, but only those blinded by zealotry now fail to realise the dangers of Brexit as the economy slips into a double-dip recession.    The government’s tiered approach to the pandemic is not working and with rapidly rising infection rates a return to a national lockdown is overdue.   Now is not the time to end the furlough scheme.   Next month when the Chancellor sets out the government’s spending plans he must announce an extension to the furlough scheme and much increased support for businesses to avoid large scale unemployment, the loss of valuable skills and life-long damage to youngsters’ prospects.

Fortunately, the UK is well placed to borrow cheaply and Mr Sunak must set aside concerns about rising debt.   That said, Brexit is an avoidable cost and a half competent government would even now be seeking an extension to the transition period.   According to Andrew Rawnsley, the Observer’s chief political commentator, Mr Gove has become steadily more alarmed about how badly Britain will suffer in the event of no-deal with the EU and has asked the Treasury for an ‘eye-watering’ sum to mitigate the immediate impact.   And adding to the Chancellor’s woes, more than 50 Tory MPs – mobilising ominously as the Northern Research Group – have warned Mr Johnson not to backpedal on his expensive commitments to ‘level up’ Britain.   The risks arising from Mr Johnson blundering on with Brexit in apparent splendid indifference to a deteriorating economic and trading environment go beyond long term economic damage to threaten not only the union but also faith in democracy, the more so as opinion has shifted decisively since the referendum.

It will be recalled that nearly two-thirds of the electorate did not vote to leave the EU and amongst the young there was an overwhelming majority to remain.   Today opinion polls unanimously show that a large majority of Britons now think Brexit was a mistake.   Mr Johnson’s persistent and comprehensive disregard of these facts would amount to a colossal error of judgement at the best of times but is a perilous act of stupidity as the country sinks into recession.   Voters are discovering there are no upsides to Brexit.   The government has used the process to reassert and concentrate power in No 10, immigration levels are rising as EU nationals are being replaced from further afield and trade deals are proving illusory or minimal i.e. the recent agreement with Japan largely replicates the existing EU-Japan deal.   Scepticism will surely grow as personal experience takes over from Mr Johnson’s falsehoods and ill-founded optimism.   Care homes and hospitals are struggling to fill vacancies, businesses are losing European customers and the government’s commitment to food and environmental standards is revealed as perfunctory.   It is conceivable that within a decade Westminster’s writ will run no further than England and Wales, many manufacturing jobs will have been be lost to European plants further levelling down the north and the UK will be overshadowed by the EU’s increasing influence in world affairs.