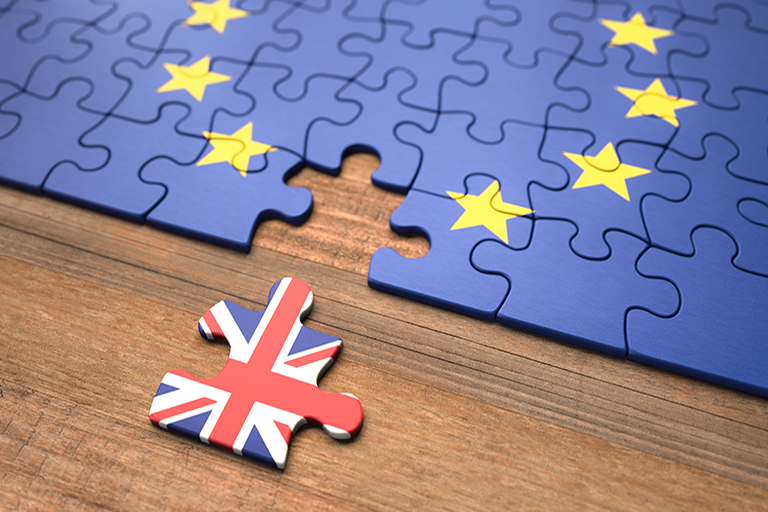 This blog has consistently argued that in addition to gravely damaging the economy, a ‘no-deal’ Brexit would poison relations with the EU for years.   Only Mr Johnson knows what he believed when he hailed the Trade and Cooperation Agreement (TCA) as ‘new chapter’ in UK-EU relations, but if it was supposed to generate goodwill it has failed.   The deterioration in UK-EU relations owes much to Johnson’s lack of candour.   Having signed the Northern Ireland protocol effectively creating a ‘light-touch’ border in the Irish Sea he denied that this would disrupt GB-NI trade; a claim now revealed as untrue despite a ‘grace period.’   Despite, the DUP’s decision to halt construction of the facilities needed to conduct agri-food checks and the government’s failure to ensure that businesses were ready, disruption was inevitable given the need to comply with the new requirements.   As his dissembling became clear Mr Johnson reverted to type.   First he blamed the EU and then violated the NI protocol by unilaterally extending the grace period.   In response, the EU launched legal action which could lead to the UK could be hauled before the European Court of Justice.

Trade problems are not however, confined to NI.   UK-EU trade data reveals a sharp reduction in trade since the start of the year, reflecting again the government’s egregious failure to prepare i.e. customs facilities are lacking.   Moreover, the UK’s relatively weak status is laid bare by the government’s decision to exempt, for at least six months, imports from the customs rules and enforcement mechanisms that now apply on GB exports to the EU.   Not that matters will improve much when the government does get round to honouring what it agreed to under the TCA; particularly for businesses dependent on just-in-time procedures or fresh food imports.   Customs checks apply to physical goods but services were not included in the TCA.   To take one example, financial services – that generate more that £75bn in tax revenues each year – rely heavily on the EU for exports.   Typical of the government’s post-Brexit cake and eat it muddle, is its seeking ‘enhanced’ equivalence for UK financial services while encouraging divergence from the way the EU oversees financial markets.   In short, hopes of an agreement on equivalence are fading.

As the economic costs mount, we can confidently expect Mr Johnson to stigmatise the EU while attempting to disavow the deal he boasted ‘was an amazing moment’ for the UK but seems incapable or unwilling to fully implement.   But Mr Johnson’s ‘amazing’ deal has also weakened UK security.   The prospect of other than third-party status with Europol and EuroJust, the main EU platforms for sharing information, investigations, operations and prosecutions with respect to terrorists and serious crime, has disappeared.   As with the economic costs, this is the result of Johnson’s decision to give sovereignty primacy.   Rather than seeking to build close, sharing relationships he seems content to engender animosity.   For example, his petty decision to withhold full diplomatic recognition from the EU.   This breaks with the practice of 142 other countries that grant full privileges to the bloc’s diplomats and has resulted in UK officials being shunned in Brussels.   How true the adage that populists may be good at winning elections but are lousy at governing.

Not surprisingly, matters are not faring any better with the US and China.   When Mr Johnson launched ‘Global Britain’ – his vison for post-Brexit geopolitical relevance – he claimed this involved deepening ties with these countries.   Following four years of bruising haggling, the UK’s relationship with the EU is in tatters but at the same time it is being side-lined by the US and heading for confrontation with China.   Those who remember the Leave campaign will recall that a US trade deal was going to be the big Brexit prize – though just what type of deal the UK might have secured from the volatile Mr Trump is anyone’s guess.   Alas, the Brexit zealots’ eagerness to engage with Trump, far from a sign of strength reflected weakness, even desperation, but with the election of Joe Biden realism has dawned and the likelihood of clinching a trade deal with the US any time soon, has dwindled.

The deadline for securing swift passage of a trade deal through Congress will be missed and, as a harbinger of the new era, Biden’s administration is prioritising resolving the long-running US-EU, Airbus-Boeing dispute.   The President has made it clear he wants to see alliances, multilateralism and cooperation, a political context that runs counter to Brexit.   Secretary of state, Tony Blinken, and Biden’s national security adviser, Jake Sullivan, have disparaged Brexit, viewing it as a strategic mistake and one that has diminished Britain’s usefulness to the US.   Reality for the UK is that America now views Germany and France as key transatlantic partners.

If relations with the US are problematic they are heading towards deep-freeze with China.   Whereas the EU and China have unveiled a treaty that opens up lucrative trade and investment opportunities, the prospects of a UK-China deal have vanished.   China accounts for one fifth of the global economy and is predicted, within six years, to supplant the US as the world’s largest economy.   Currently China is not a significant investment and trading partner for the UK.   Barely a month ago, Johnson declared himself ‘fervently Sinophile’ but his hope of developing a thriving commercial relationship with Beijing, unencumbered by membership of the EU, is collapsing in ignominy.   As ever, his attempt to have his cake and eat it by pursuing closer economic ties with China while becoming increasingly critical of its actions in Hong Kong and Xinjiang, can only end in failure.   China’s contemptuous dismissal of Britain’s protests and its sanctioning of outspoken MPs serves only to illustrate the UK’s diminished global stature.   The UK is in no position to curb China’s excesses by itself.   Mr Johnson and fellow Brexiteers are leaning a harsh truth; namely, populism and rhetoric cannot cope with reality.