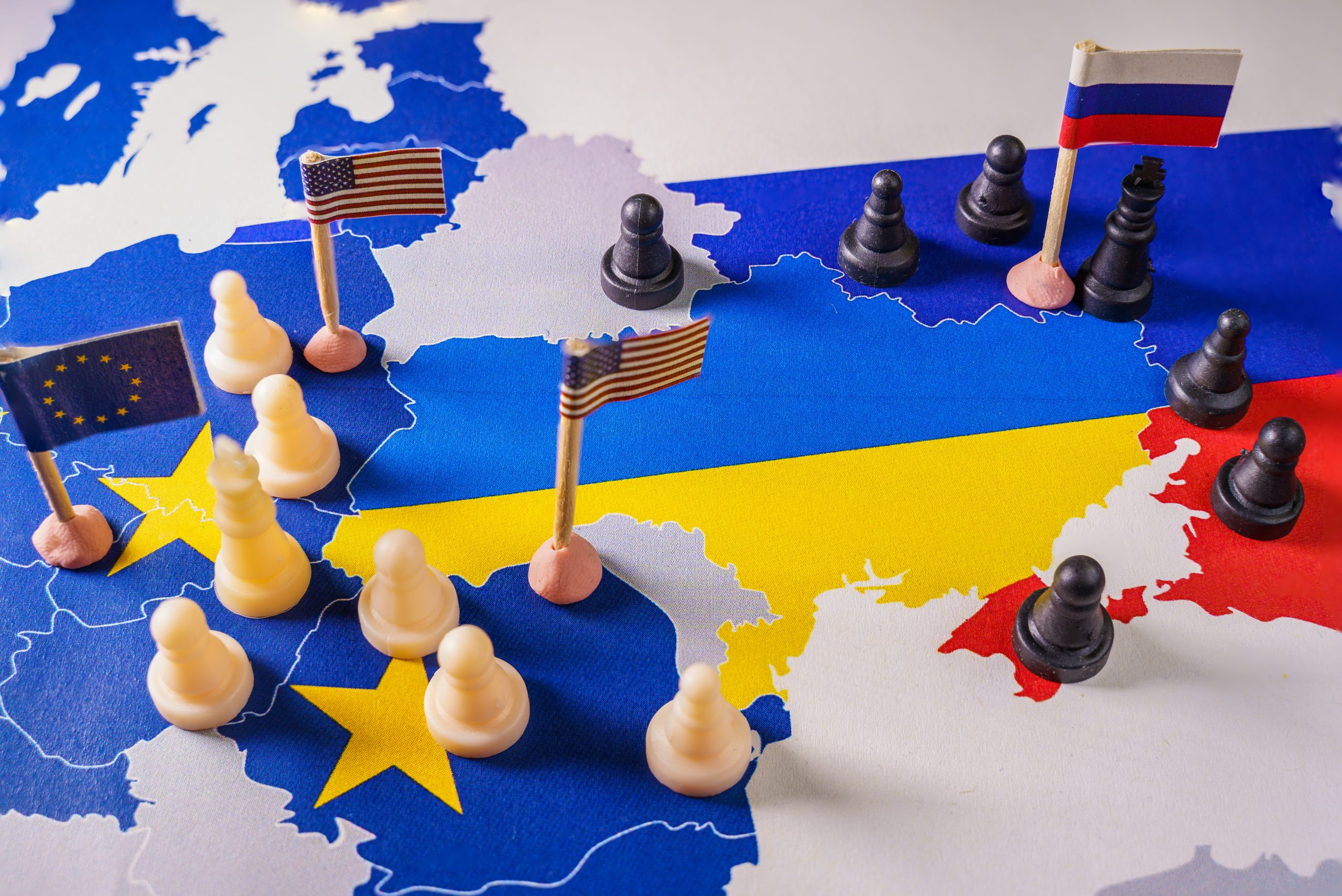 Too little and too late, are Mr Johnson’s responses to Putin’s invasion of Ukraine and his calls for a united European response are further discredited by the Brexit he championed.   Britain’s struggle for diplomatic relevance in the crisis serves to remind that the costs of Brexit stretch beyond long-term economic damage to the economy.   The zealots’ notion of a strategic ‘global Britain’ is now exposed as the absurdity it always was.   As a member of the EU the UK could have played a leading role in fashioning a common response to Putin but just as important, in designing the new European security architecture that will be needed to defend its values in the future.   Membership of NATO is important but not sufficient in an era when economic power matters as much as military might.

The tragic events of recent days have rekindled suspicions that leading Brexiters – not all it’s true – are more pro-Russian than European.    Those Putin puppets – left and right – who have opined that the EU and Nato forced Putin to take action, have only confirmed their stupidity.   In addition to a motley group of Jeremy Corbyn allied Labour MPs – who swiftly withdrew when threatened with expulsion from the Party – we have on the right, predictably, the leaders of Leave. EU campaign; Nigel Farage and Arron Banks.   As many suspected, Russia in pursuing its vested interest in Brexit meddled in the 2016 referendum according to a 2020 report by parliament’s intelligence and security committee.   It is a matter of record that Mr Banks, who bankrolled Leave.EU, had meetings with the Russian ambassador and an oligarch before and after the campaign.   And the disgraced Donald Trump – a cheerleader for Brexit and Putin – observed as Putin launched his invasion, ‘How smart is that?   Here’s a guy who’s very savvy.’   By your friends be ye known.

It is easy to dismiss these views as the ‘looney fringe’ but what about our Brexit supporting PM.   In February 2014 the then pro-Moscow Ukrainian president Viktor Yanukovych sparked the ‘Euromaidan’ protests by refusing to sign a trade association agreement with the EU.   This led to his toppling and shortly after the annexing of the Crimea by Russia.   At the time, Mr Johnson sided with the lunatic fringe claiming it was EU foreign policy that had ‘caused real trouble’ – so much for his professed support for sovereignty.   Coming up to date, following Putin’s ordering of ‘peacekeepers’ into Ukraine, Mr Johnson’s announcement of sanctions was widely condemned (ridiculed) as weak – in the words of one commentator like bringing a peashooter to a gunfight.   In keeping with his detachment from the truth Mr Johnson claimed his measures were ‘draconian’ but compared to Germany taking the big step of pulling the plug on the Nord Stream 2 gas pipeline earlier in the day, and the announcement of extensive US sanctions, even his own MPs could only shake their heads in disbelief.

Pushed by those – here and abroad – with a greater understanding of events, Mr Johnson’s promised a second round of ‘more robust’ sanctions but again in bringing these forth he lagged behind the EU – and the US – causing the Tory Chairman of the Foreign Affairs Committee to remark that Brexit was supposed to make the UK faster and more agile in imposing tough sanctions.   Again there must be the suspicion that the Conservative Party and many of its friends in the City of London are beholden to the largesse of Russian oligarchs.   Citizens with dual UK-Russian nationality, or with significant business links with Russia, have donated some £2mn to the Brexit, Tory Party in recent years.   Turning to the City, the FT has observed a reluctance to end ‘lucrative relationships with Kremlin-backed institutions and oligarchs,’ a view given credence by the anti-fraud minister, Lord Agnew’s, resignation letter in which he stated that the Government’s decision to kill off the Economic Crime Bill – partly aimed at tackling the City’s ‘Londongrad’ reputation as a money-laundering hub used by Russian oligarchs (kleptocrats) – was ‘foolish’.

Brexit was a failing venture before Putin’s invasion.   It is now more starkly revealed as a colossal error.   The much-heralded pivot of UK foreign policy towards the Far East is in tatters.   Significantly, the unity of the EU in going faster and further than the UK in imposing sanctions on Russia suggests it has drawn the right conclusions: namely, the post-Cold War era of European peace is challenged by Putin’s attempts to revive a ‘Soviet’ empire.   Sanctioning Russia, supporting Ukraine and addressing the humanitarian crisis needs the economic power of the EU.   Notably, the EU must now redouble its efforts to build a serious security and defence policy – the more so as post 2024 could see Trump or a clone returned to the White House.   Like it or not the UK will have to switch its foreign policy focus back to Europe but outside the EU – as recent events confirm – it will be relegated to tagging along rather than being in the forefront of policy formation.

In his TV address the PM stressed the independence and sovereignty of Ukraine, yet as the ‘Euromaidan’ protest showed, Ukrainians see EU membership as a means of securing their independence, not undermining it – a lesson Mr Johnson and the zealots are about to learn.   Outside the EU, Britain’s economic power and diplomatic heft have been weakened, as evidenced by the Foreign Secretary’s recent trip to Moscow.   The Kremlin openly insulted and mocked her, implying it would be more fruitful to speak to the French and Germans.   The reality is that the UK relied on being a leading member of the world’s largest trading bloc to enhance its reputation for diplomatic ‘soft power’ – a reputation further shredded by Mr Johnson’s threat to break international law over the NI protocol.   If the UK is to start rebuilding its influence it will have to set about reversing the disaster of Brexit – in short, to be relevant Britain needs to be in the room where it happens.