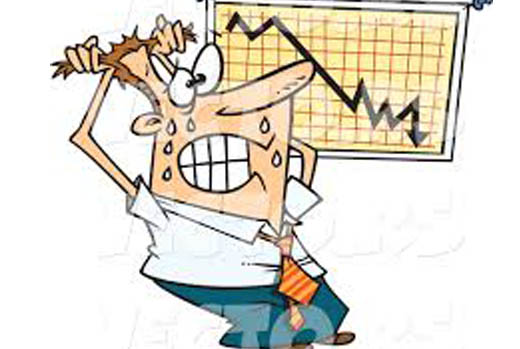 A year ago Mr Johnson became prime minister promising to get Brexit done.   Ending the nightmare inflicted by a warring Tory party, was seen as the priority regardless of the costs including the Intelligence and Security Committee’s concerns regarding the government’s unwillingness to investigate Russia’s attempts to influence the vote.   Aided by Brexit weariness and an ineffectual and disliked Labour party leader, he went on to win a decisive election victory.   In making him PM, many Tory MP’s were prepared to overlook doubts regarding his ability to govern, veracity and judgement – graphically demonstrated by his unlawful suspension of Parliament – because they believed only he could return a Tory government to power.   But in winning Boris destroyed the Tory party and perhaps the United Kingdom.

The party that once stood against high spending, socialist policies and for the rule of law, the British constitution and the Union no longer exists.   Johnson is a populist who election victory owed much to his wily alliance with the aggrieved i.e. erstwhile Brexit/Ukip supporters united in what they are against but lacking clear and coherent policies.    Johnson’s first act on becoming PM was to appoint Dominic Cummings as his chief adviser.   As demonstrated by the Barnard Castle debacle, Mr Cummings also has difficulty with the truth.   He has never played by the rules, he relishes in being a destabilising, destructive influence and his contempt for Parliament is undisguised.   His first act was to drive high calibre conservatives e.g. Kenneth Clarke, Philip Hammond and Dominic Grieve, from the party, ensuring that the talent pool of ministers he now controls is now one of the weakest ever.

The fanciful post-Brexit, Global Britain espoused by Mr Johnson – in contrast to what he believed when mayor of London – is already falling apart.   Leadership for Mr Johnson amounts to a mashup of patriotic bluster and irrational optimism; there is neither forethought nor substance.   The unpreparedness of the health and care system for Covid-19 – despite warnings – predated Mr Johnson but the list of his incompetent government’s failures since its arrival is long, including dragging its feet on lockdown, a second rate test and trace system and the disgraceful treatment of care homes.

Literally days before the lockdown the Chancellor delivered his first budget.   Designed to undo some of the long-term damage to the economy arising from the Tory government’s years of austerity and Brexit uncertainty, the budget heralded a large increase in public expenditure that owed much to the 2017 Labour party’s manifesto.   But within days the lockdown forced Mr Sunak to announce a greatly increased expenditure package.   Although a timely response to the Covid-19 recession it will result in government borrowing this year exceeding £370bn to around 20 per cent of GDP – the highest since the war.   Fortunately interest rates have never been lower, though the OBR has warned that UK finances are ‘on an unsustainable path.’

The dramatic increase in government borrowing comes against an unprecended 20 per cent decline in GDP in the second quarter and widespread agreement by independent forecasters that, despite the substantial fiscal and monetary stimulus, the economy is not expected to return to its level at the end of 2019 until 2024.   The combination of reduced economic activity and the unwinding of the government’s furlough scheme will see a sharp rise in unemployment – back to levels not seen since the 1980s – while a large number of businesses are expected to cease trading.   These outcomes will be worsened by a ‘bare-bones’ trade deal with the EU; considerably so in the event of a ‘no-deal.’

The UK-EU future-relationship talks remain deadlocked though there are signs that Mr Johnson is preparing to accept reality – as he did on the Northern Ireland border in the Withdrawal Agreement – and accept a deal greatly inferior to what he promised.   Mr Barnier informed an internal EU briefing that the UK had scaled back some of its aspirations and was now seeking a ‘low-quality, low-profile’ agreement involving little more than tariff-and-quota-free access to the EU market.   Always in a weaker position than portrayed by his bluster and optimism, Mr Johnson has now been manoeuvred into a vulnerable position.   His plans for ‘levelling-up’ Northern aggrieved regions, where previous Labour strongholds returned Tory MPs, have been dealt a heavy blow by Covid-19 and these are the very regions that will suffer most in the event of a ‘bare-bones’ deal regardless of planned infrastructure investment.

Meanwhile, the UK government has quietly abandoned its ill-founded hopes of reaching a trade deal with the US this year which the government disingenuously hoped to present as a Brexit triumph.   The government’s own estimates suggest a US deal would add around 0.2 per cent to GDP in the ‘long-term’ compared to a GDP loss of 7 per cent for the type of agreement Mr Johnson is preparing to accept: the loss rises to 9 per cent in the event of a ‘no-deal’.   The economy and the government’s plans for ‘levelling-up’ have been dealt a further blow by the UK being sucked into the cold war raging between Washington and Beijing on top of the tensions arising from China’s crackdown on Hong Kong.    The US directed decision to ban Huawei from Britain’s 5G networks – so much for taking back control – will further delay the desperately needed fast, nationwide internet.   Having distanced the UK from its EU partners Mr Johnson now faces a China-sized hole in the UK economy, the more so as China is a major investor in key sectors including telecoms, transport and nuclear energy.

At the end of his first year, it may be tempting to believe that the Johnson-Cummings government has been blown off-course by Covid-19.   This would be a mistake.   For both the Brexit project remains unchanged regardless of cost.   Covid-19 may have gravely damaged the country’s economy and finances but the zealotry desire to break with the EU to create a top-down, right-wing, centralist government continues unabated regardless of the risks to the Union.   In short, its Brexit or bust.