A common prig without honour or glory? 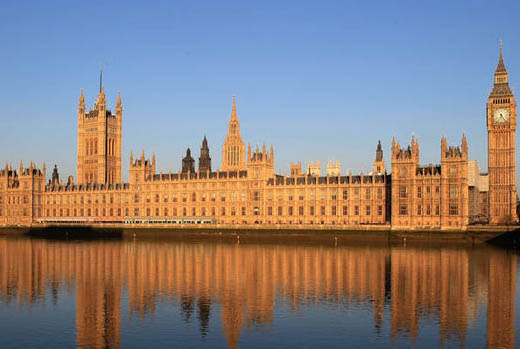 The Tory party has become a cult, gripped by a nostalgic obsession with a mythical past.   A significant majority of its members say they want a ‘no deal’ Brexit no matter the cost.   Many, it would appear, are earnestly hoping that the artful dodger is a game changer and once in power, deal or no-deal, his very presence will be sufficient to restore the UK to former glories.   Not all Tory MPs are Brexit zealots but I suspect they are lending him their support in the hope that with his surfeit of showmanship and guile he will force Mrs May’s Withdrawal Agreement through Parliament.   And then, before there is any clarity as to what type of post Brexit deal might be negotiated, he calls and wins a snap election.

Dream on.   The reality is that Tory MPs, like smokers in a pre-war Shanghai opium den, are choosing oblivion rather than facing up to the facts.   The arrival of Mr Johnson will not alter Parliament’s opposition to ‘no deal.   It will not change the fact that the new Commission will only be confirmed on the 1st November.   And holidays, party conferences and parliamentary procedures make it impossible for Parliament to pass the Agreement by 31st October.   Such awkward facts are blithely swept aside by the zealots who have been consistently wrong in all their predictions regarding Brexit and in particular, on the unity, consistency and strengthen of the EU’s negotiating position.   The claim that matters will change dramatically in the next three months is an illusion.

Fantasy aside, the only choices facing Mr Johnson are revoking Article 50, begging the EU for another extension or accepting the existing Agreement.   Although I expect the Dodger to do all he can to avoid a no deal – only a one in a million chance of no-deal is his latest utterance – I doubt he would be prepared to revoke Article 50.   This leaves him accepting the existing Agreement or seeking an extension.   Adding some insubstantial gloss to Mrs May’s deal – eg, getting Brussels to adjust the political declaration reinforcing its desire to find an alternative to the backstop – might therefore seem the most likely route for a Johnson administration.   But in the unlikely event that he could then force it through Parliament his victory would be pyrrhic.   The zealots would feel betrayed – some might switch to their natural home, the Brexit née Ukip party – and vote with Labour to bring down the government.   In the ensuing election, despite delivering Brexit, Mr Johnson would be reviled as a disingenuous blowhard.   Tory constituencies would see voters switching to the Brexit party and notwithstanding the appalling Jeremy Corbyn, I doubt the Tories – particularly if running against the Brexit party – would win over Labour leaning ‘leave’ constituencies in the North, let alone the cities with their strong remaining majorities.   Mr Johnson is a coward.   He has not invested many years of Machiavellian manoeuvres only to run the risk of ending with the sobriquet of Britain’s shortest serving prime minister.

This leaves only suing for an extension and thereby handing the decision back to the EU.   Mr Macron may have stood alone in April in opposing a long extension but more generally EU leaders are fed up with Brexit ‘polluting’ EU business.   Any vote on a further extension has to be unanimous so the Dodger would have to offer something in return.   And he will.   He will offer another referendum.   Moreover, the referendum question would be remain or no-deal.   I cannot think of another politician that would have both the effrontery of so blatantly doing the opposite of what he promised and stand a chance with his showmanship and guile of pulling it off.   Indeed, I don’t think Mr Johnson would be fazed by urging people to vote for remain though the master of guile might seek to wrap it up as a delay until a solution could be found for the Northern Ireland border.

The much respected psephologist, Professor John Curtice is fond of saying the country is still divided on the issue of Brexit with only a small lead for Remain.   He points out that around 88-87 per cent of those who voted Remain and Leave have not changed their minds.   But overwhelmingly those who voted to leave were older than sixty and many have since died.   Interestingly, the exception in this group are those aged 90 or over who lived through the war; they voted to remain!   Some 235,000 people join the electorate each year swelling the numbers of younger voters who overwhelmingly voted to remain.   These statistics reinforce the view that it is no longer possible to sustain the argument that the settled view of the British people is that Brexit should take place.   Moreover, the people who did not vote in the referendum consists disproportionately of younger voters and I believe the size of the majority to remain in the next referendum will turn on the ability of the Remain side to mobilise those younger voters who abstained last time.

Having consigned Brexit to history, it is perhaps only just that Mr Johnson will have to deal with the economic mess his Leave campaign has inflicted on the economy.   The latest data shows GDP continuing to slow: services are sluggish while construction and manufacturing are effectively in recession – car production is down 24 per cent.   Rather than investing to improve innovation, productivity and competitiveness, Businesses have been forced to waste funds stockpiling in fear of a ‘no-deal’ Brexit.   Meanwhile, foreign direct investment in British businesses has plunged since the referendum.   Despite some pick-up over recent months, wage growth has slowed and high levels of employment mask massive underemployment.   Paradoxically, the Dodger’s only chance of a successful premiership is a Remain majority in a second referendum, after which there would be something of an economic recovery.   Otherwise, like Dicken’s character, he will ‘go out ….like a common prig without no honour nor glory.’